One day I get a call from Dangerous Dave, "Hey Trouble, Robert the magician gave me the number of a woman who is looking for extreme mountain bike action footage for a television show." WOW! that’s right up our alley. Who’s more extreme than the Mountain Bike Heaven Gnarly Crew, not to mention we just love making movies. 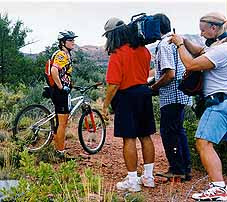 So I call Termite Art Productions in Hollywood Ca. and send a Copy of our CRASH HIT video "Dances on Rocks." As it turns out, The Learning Channel (TLC) was creating a series on extreme lifestyles called "TOO EXTREME" and wanted a gnarly segment on mountain biking.

They loved the flick and sent a film team to capture the crew alive in action: here's a little pictorial of our 1st time on National Television. 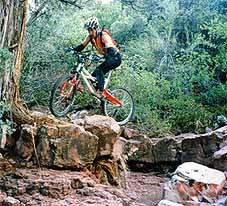 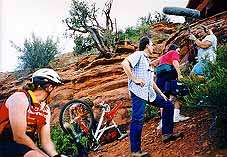 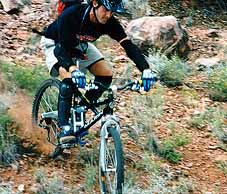 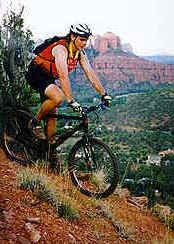 We also boiled the segment down to Real Video for your enjoyment: